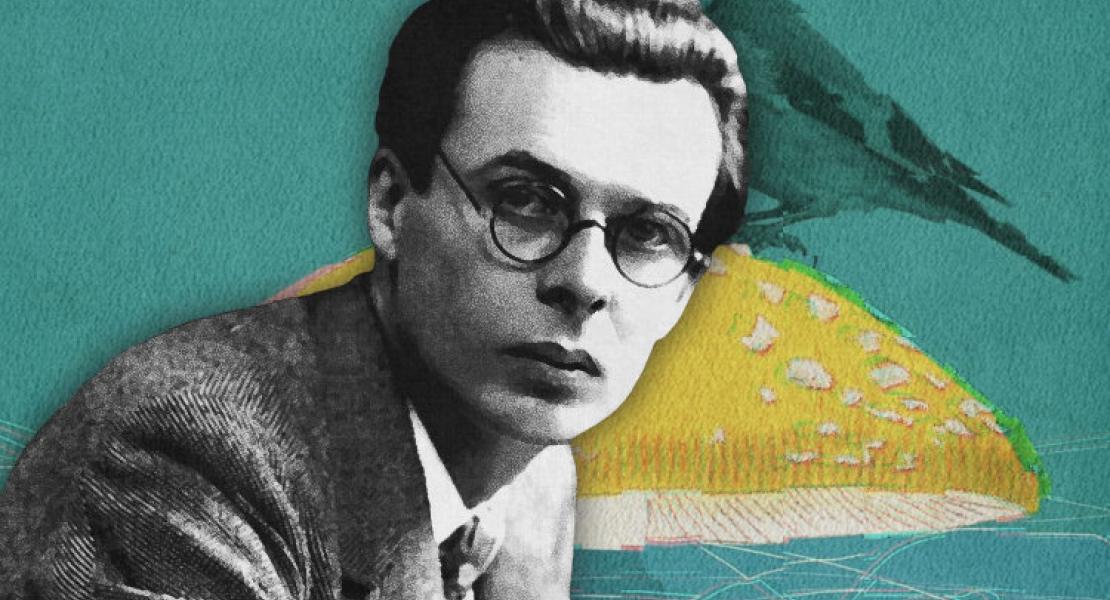 Island is the last novel by the British author Aldous Huxley. It was published in 1962 (in German 1973) and tells the story of the cynical journalist Will Farnaby, who is wounded and stranded on the fictitious island of Pala. Island is the utopian counterpart to Huxley's well-known dystopian novel Brave New World, which appeared in 1932 and is often compared to George Orwell's 1984 novel. The ideas that would later become an island can already be found in Huxley's preface to a new edition of Brave New World from 1946:

If I were now to rewrite the book, I would offer the Savage a third alternative. Between the Utopian and primitive horns of his dilemma would lie the possibility of sanity... In this community economics would be decentralist and Henry-Georgian, politics Kropotkinesque and co-operative. Science and technology would be used as though, like the Sabbath, they had been made for man, not (as at present and still more so in the Brave New World) as though man were to be adapted and enslaved to them. Religion would be the conscious and intelligent pursuit of man's Final End, the unitive knowledge of immanent Tao or Logos, the transcendent Godhead or Brahman. And the prevailing philosophy of life would be a kind of Higher Utilitarianism, in which the Greatest Happiness principle would be secondary to the Final End principle – the first question to be asked and answered in every contingency of life being: "How will this thought or action contribute to, or interfere with, the achievement, by me and the greatest possible number of other individuals, of man's Final End?

Do you have a question, suggestion, input, compliment or concern regarding our project? We value your opinion and would like to hear from you.

A project by Avenir Radical.